What Is the Relevance of Corneal Thickness in LASIK Surgery?

What Is LASIK Surgery?

The first thing you should know about LASIK surgery is that it is a surgical procedure in which a laser is used to remove corneal tissue to alter its shape. Your cornea is the transparent layer at the front of the eye. It is like a curved window of the eye that keeps foreign substances out but lets in the light. Changing the corneal shape benefits you in that the light that passes through will be better focused at the back of the eye, called the retina. The retina processes this information and sends it to your brain, and this is how you see the world. Vision correction surgery, like LASIK, allows accurate visual information to be sent to the retina by treating conditions like nearsightedness (myopia), farsightedness (hyperopia), and astigmatism.

How Do We Perform LASIK Surgery?

LASIK is a two-step process in which first a corneal flap is created and is followed by laser treatment to correct vision. The flap is made at the frontmost part of the cornea, and lifting of this flap exposes the underlying stromal layer. A laser of a specific light frequency called excimer laser is used to remove tissue from this stromal layer to reshape the cornea. After this laser treatment, the flap is returned back to its original position. The flap heals on its own without needing to be sutured.

Why Is Corneal Thickness Important?

A normal corneal thickness is considered to be between 500 to 600 microns (one micron is 1/1000 of a millimeter). Most people who are good candidates for LASIK surgery have a corneal thickness in this range. Corneal thickness is important because you need to have enough corneal tissue after LASIK for the cornea to be firm and stable. If you have a thin cornea, then it may become too weak after surgery to maintain its shape. This condition where the cornea becomes warped due to weakness caused by LASIK is called keratectasia.

How Do You Get Thin Corneas?

Corneal thickness is a genetic condition that is determined at birth. Having a thin cornea is not necessarily unhealthy as the patients can have healthy eyes with good vision despite having thin corneas. However, in some patients with a very thin cornea, especially coupled with the structurally weak corneal tissue, you can develop a condition called keratoconus. Keratoconus is a condition where the cornea becomes progressively weak and is unable to maintain its proper shape for clear vision. These changes to your cornea’s shape can cause astigmatism, specifically irregular astigmatism, which can distort your vision and cannot be corrected with either glasses or soft contact lenses. Such corneal weakening changes can lead to nearsightedness as well. In advanced cases, Keratoconus may cause corneal swelling, scarring, and irregular shape that can lead to significant loss of vision.

At the molecular level, it is the corneal collagens, protein fibers, in your cornea that maintain the proper shape of the cornea. When this collagen weakens or the connections among the collagen fibrils are weakened, the cornea gradually bulges forward into a more conical shape.

Conditions like chronic allergy or some connective tissue disorder such as Marfan’s Disease are associated with keratoconus. Activities such as constant eye rubbing can also cause structuring weakening of the cornea leading to keratoconus.

Can Keratoconus Lead to Blindness?

Can You Get LASIK Surgery With Thin Corneas?

Generally speaking, LASIK surgery is not a good idea for patients who have thin corneas. LASIK would be a bad idea for people who have keratoconus or show signs of corneal weakness. We do not recommend that patients with thin or oddly shaped corneas get LASIK due to the potential risks.

Do You Have Alternate Options If You Have Thin Corneas?

Yes, there are options other than LASIK surgery for patients with thin corneas. PRK, Epi-LASIK, and LASEK are some alternate laser vision-correction options for patients with a thin cornea. In these procedures, no cut is made in the cornea to create a flap. However, same as with LASIK, the excimer laser is used to correct your vision.

In the PRK procedure, we remove the outlying layer of your cornea, called the epithelium. After that, our corneal and vision correction specialist will use a  laser to reshape the underlying corneal layer called the stroma. While considered safer for people with thin corneas, there is a delay in recovery when compared to LASIK. You should experience a good recovery in one to three weeks following the procedure; however, sometimes, complete vision recovery may take as long as three to six months.

With Epi-LASIK, we make an epithelial flap using a special device, called epi-keratome. This flap is much thinner than the one created in LASIK and is usually about 50 microns in thickness consisting entirely of the superficial epithelial cell. While there are some potential benefits of Epi-LASIK over PRK, studies have shown similar effectiveness and recovery time.

Another variation of Epi-LASIK is  LASEK in which the epithelial layer is loosened from the underlying stromal layer by applying alcohol to the corneal surface. After this, this thin filmy layer is moved out of the way, mostly intact, and the excimer laser is used to correct vision. LASEK is similar to the PRK procedure. However, one difference is that the surgeon will attempt to preserve the epithelial layer to use it like a LASIK flap.

These procedures share the common feature that the surgeon does not make a flap cut in the stromal layer of the cornea and thus preserving more of its biomechanical strength. However, due to the longer nature of recovery as well as less predictability in the outcome, they are not commonly performed.

SMILE laser vision correction is the next generation of laser vision correction that combines the safety of PRK and fast recovery of LASIK. There are also non-laser procedures such as ICL and RLE (Refractive Lens Exchange) surgeries which offer much more accuracy and faster recovery even for people with thin corneas. Please see our website under the Procedures section. Can you get a Scar on Your Cornea as a result of PRK and can this decrease your vision?

One of the side effects of PRK and other similar no-flap laser procedures is that they can lead to a corneal haze and scar formation. This complication is due to the fact that there is a greater tissue disruption with the eyes having more inflammation in no-flap laser procedures. This undesirable effect can be prevented with the usage of medication called Mitomycin-C. This antimetabolite is effective in preventing haze and scar formation following PRK and PRK like procedure.

Does Eye Rubbing Lead to Astigmatism?

Frequent eye rubbing has been associated with the weakening of the cornea. Among the keratoconus patients, there is a greater percentage of people who describe themselves as a “constant eye rubber” compared to the non-keratoconus population.

Now, we would love to hear from you. What information in this article was most interesting to you? Please comment below and kick off the conversation. If you are considering any sort of vision correction surgery, visit our website and schedule an appointment with Dr. Paul C. Lee at the California Center for Refractive Surgery today. 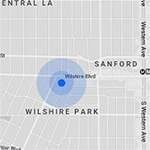 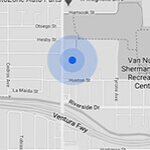